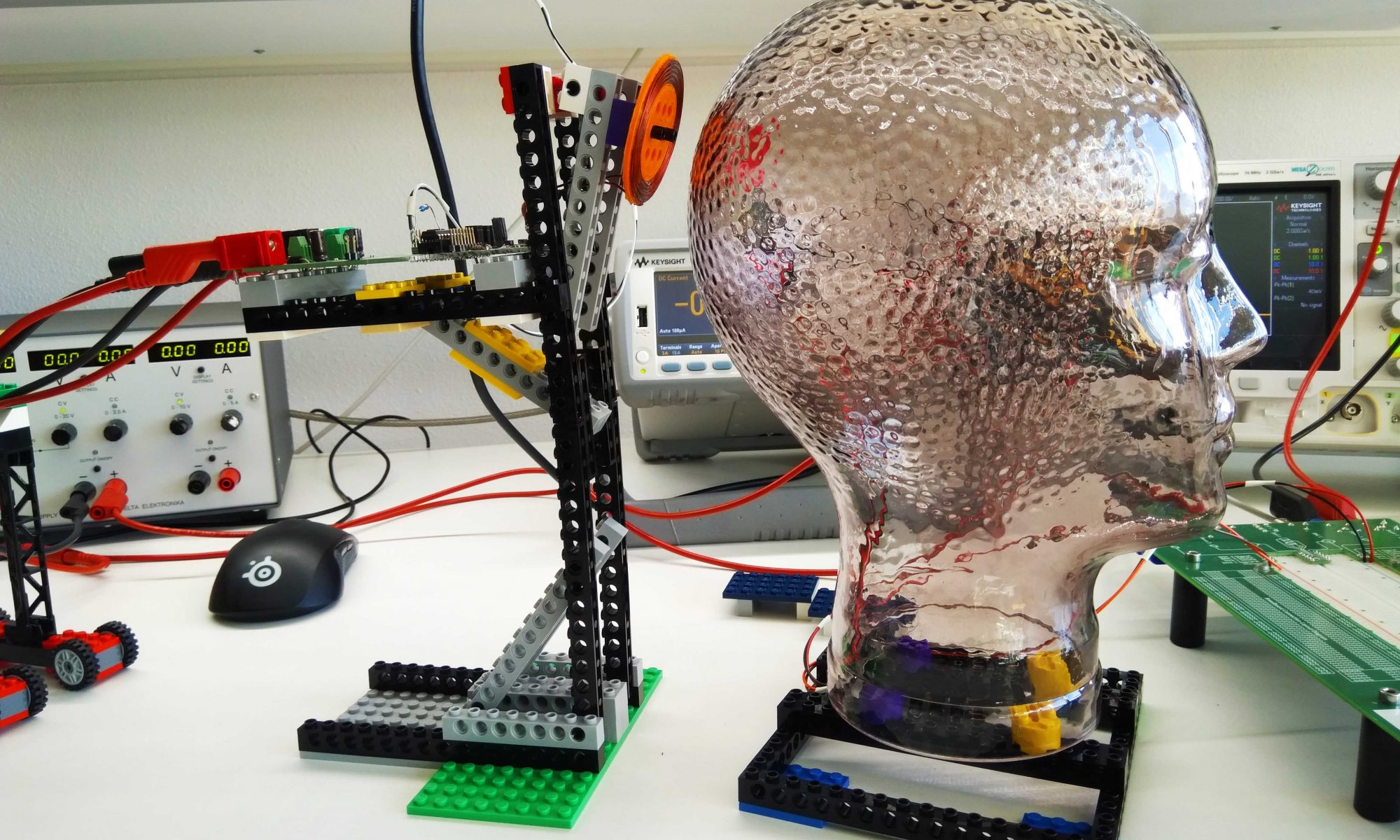 In the future, blind users of a neuroprosthesis for vision restoration could receive tiny electrical currents via a device that is implanted in their brain, and be able to recognise objects and people in their surroundings more easily. In order to deliver these electrical currents, power needs to be sent from external equipment to the implantable device- whether via a cable or a wireless connection.

Tom van Nunen, a PhD student at the Eindhoven University of Technology, investigated how the wireless transfer of energy could be carried out, providing a future user of the system with better freedom of movement. The system consists of two parts: a wireless power transmitter and a wireless power receiver. Tom created a demo system with a hollow, life-size model head made out of glass (to simulate the skin), and a wireless receiver unit installed inside the model head. A wireless transmitter unit located on the outside of the model head is positioned close to the receiver unit, with a layer of glass between them.

When the transmitter and receiver units are closely aligned, power is sent from the transmitter to the receiver, causing LED lights on the receiver to light up! This demo is featured in a promotional video for the departments of Electrical Engineering and Applied Physics, located in the Flux building of the university: https://youtu.be/Qimyilhz8JY?t=140