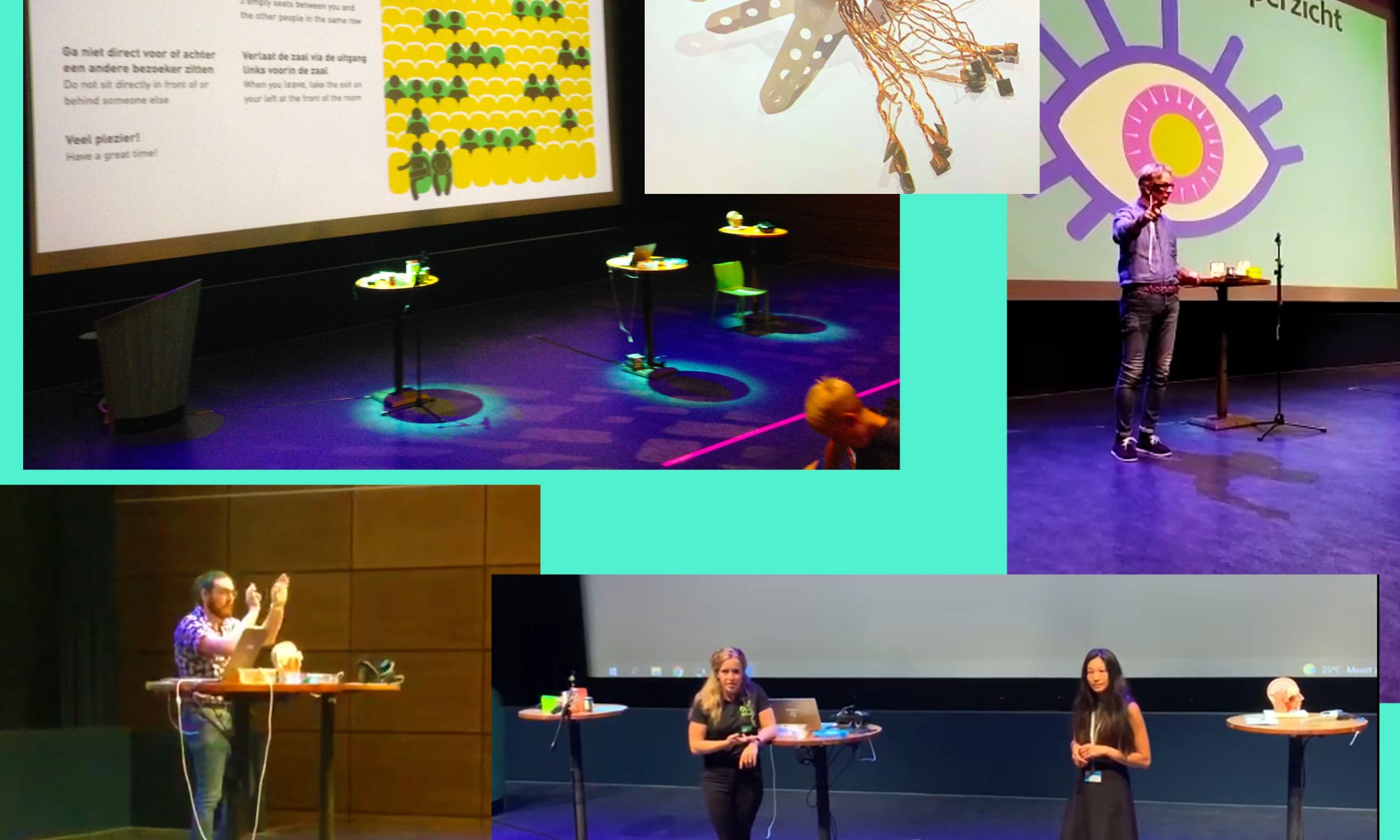 The NESTOR consortium is delighted to announce that we are showcasing our work on a visual neuroprosthesis at the NEMO Science Museum this summer (2021), as part of the exhibition, ‘See It Your Way’! https://www.nemosciencemuseum.nl/en/activities-at-nemo/exhibitions/see-it-your-way/

Running from the 10th of July to the 31st of October, this exhibition on the sense of sight focuses on how people have made use of technology to improve vision. From microscopes, telescopes, imaging techniques using non-visible energy waves (such as X rays and sonar), to futuristic visual aids such as smart AI glasses and brain implants.

Six times a day, NEMO guides give exciting demonstrations of several cutting-edge technologies in the museum auditorium, including the brain implants developed via the NESTOR programme. The guides explain how a visual prosthesis can be used to send information about the visual world directly to the brain, which could one day allow blind people to regain enough functional vision to recognise objects and people in their surroundings.

On display is a mock-up of a 1024-channel visual prosthesis, comprising a pedestal, cables, and electrodes. The real implant (made out of medical-grade titanium and silicon electrodes) was used to send tiny electrical signals to the visual cortex and induce artificial visual percepts in experimental animals.

During each session, the NEMO guide asks a volunteer from the audience to don a pair of VR goggles, and view the world through the NESTOR phosphene simulator application (developed by Radboud University and other NESTOR partners). The image seen by the viewer through the headset provides a vividly immersive simulation of what the world would look like to a blind user of a visual prosthesis, and is projected onto a large screen so that the rest of the audience can share the experience with them.

Over selected weekends in July and August, members of NESTOR are present at the museum to answer questions from the audience and interact with visitors. On the weekend of the 16th and 17th of July, three of us joined in the demo sessions. We had a blast, talking to the kids and their parents, and spreading awareness of our technology with the general public.

We were treated to a behind-the-scenes peek into how the museum works, from the planning and setting up of an exhibition (logistics, technical testing, signing a loan agreement for the model implant and VR glasses) to the execution itself. We got know the amazing museum guides, walk around and explore certain ‘hidden’ areas of the museum, and enjoy the panoramic views of Amsterdam and the water from the NEMO rooftop terrace- which, by the way, is accessible without a ticket.

Come and check out the exhibition! And if you’d like to catch one of the members of the NESTOR consortium, we’ll be back again on the 7th, 28th and 29th of August. Hope to see you there!