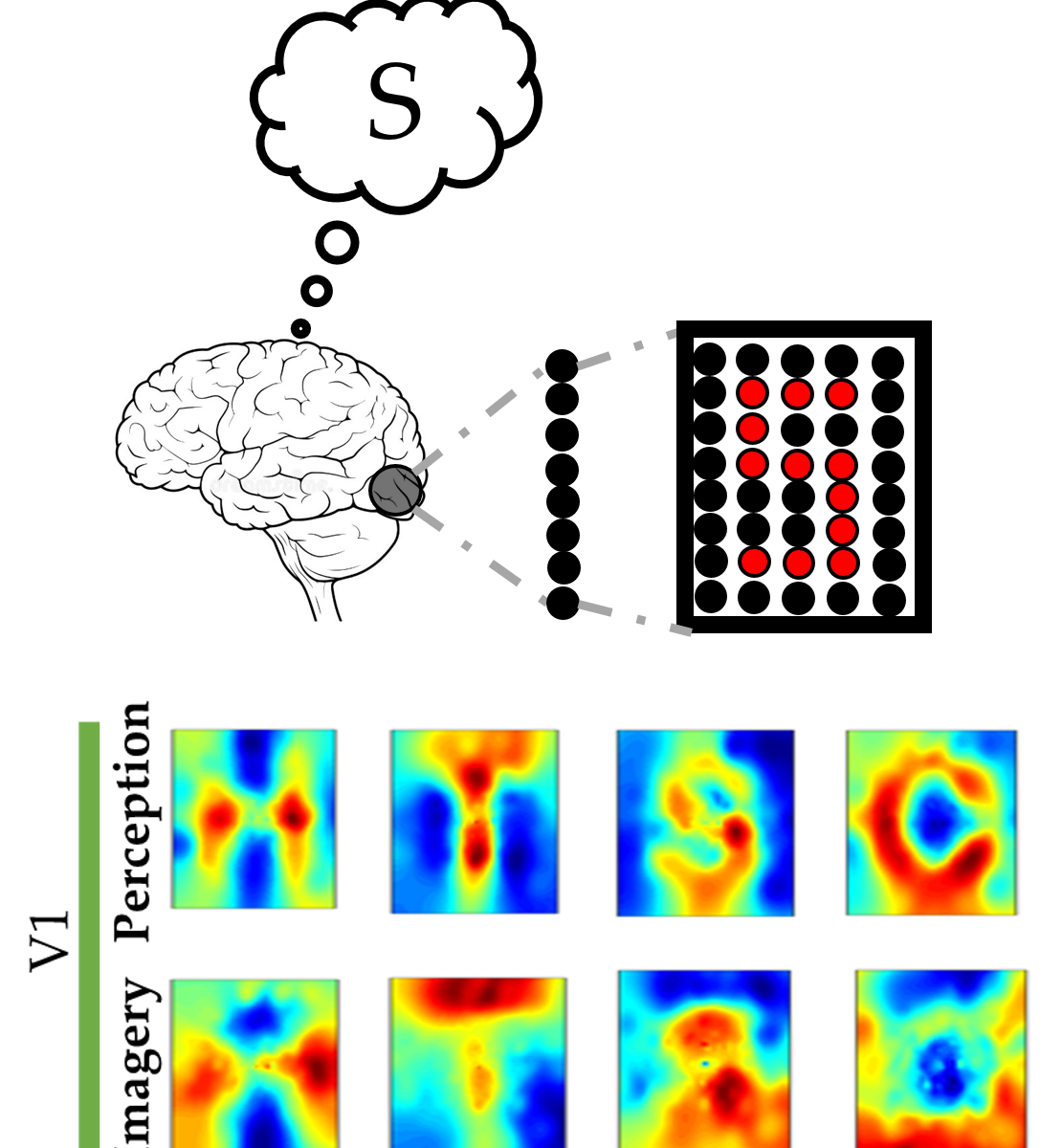 Visual mental imagery is the quasi-perceptual experience of “seeing in the mind’s eye.” While it has been well established that there is a strong relationship between imagery and perception (in terms of subjective experience), in terms of neural representations, this relationship remains insufficiently understood.

In a recent article, researchers from NESTOR Project 1, at Maastricht University, exploit high spatial resolution of functional magnetic resonance imaging (fMRI) at 7 Tesla, uncovering the retinotopic organization of early visual cortex and combining it with machine-learning techniques, to investigate whether visual imagery of letter shapes preserves the topographic organization of perceived shapes.

Six subjects imagined four different letter shapes which were recovered from the fMRI (BOLD) signal. These findings may eventually be utilized for the development of content-based BCI letter-speller systems.