Newly published research details how a team of scientists from the University Miguel Hernández (Spain), the Netherlands Institute of Neuroscience (Netherlands) and the John A. Moran Eye Center at the University of Utah (USA) successfully created a form of artificial vision for a blind woman using a brain implant.

In the article, “Visual percepts evoked with an Intracortical 96-channel Microelectrode Array inserted in human occipital cortex,” published in The Journal of Clinical Investigation, Eduardo Fernández, MD, PhD, from the University Miguel Hernández details how an array of penetrating electrodes produced a simple form of vision for a 58-year-old blind volunteer. The team conducted a series of experiments with the blind volunteer in their laboratory in Elche, Spain. The results represent a leap forward for scientists hoping to create a visual brain prosthesis to increase independence of the blind.

A neurosurgeon implanted a microelectrode array composed of 100 microneedles into the visual cortex of the blind woman to both record from and stimulate neurons located close to the electrodes. She wore eyeglasses equipped with a miniature video camera; specialized software encoded the visual data collected by the camera and sent it to electrodes located in the brain. The array then stimulated the surrounding neurons to produce white points of light known as ‘phosphenes’ to create an image.

The blind woman was a former science teacher and had been completely blind for 16 years at the time of the study. She had no complications from the surgery, and researchers determined that the implant did not impair or negatively affect brain function. With the help of the implant, she was able to identify lines, shapes and simple letters evoked by different patterns of stimulation. To assist her in practicing with the prosthesis, researchers created a video game with a character from the popular television show The Simpsons. Due to her extensive involvement and insight, she is also co-author on the article.

“These results are very exciting because they demonstrate both safety and efficacy and could help to achieve a long-held dream of many scientists, which is the transfer information from the outside world directly to the visual cortex of blind individuals, thereby restoring a rudimentary form of sight”, said Prof. Eduardo Fernández. He also added that “although these preliminary results are very encouraging, we should be aware that there are still a number of important unanswered questions and that many problems have to be solved before a cortical visual prosthesis can be considered a viable clinical therapy.”

“This new study provides proof-of-principle and demonstrate that our previous findings in monkey experiments can be translated to humans,” said Prof. P. Roelfsema, a co-author on the study. “This work is likely to become a milestone for the development of new technologies that could transform the treatment of blindness”.

“One goal of this research is to give a blind person more mobility,” said Prof. R. A. Normann, also a co-author on the study. “It could allow them to identify a person, doorways, or cars. It could increase independence and safety. That’s what we’re working toward.”

The research team hopes that the next set of experiments will use a more sophisticated image encoder system, capable of stimulating more electrodes simultaneously and to elicit more complex visual images.

How do you navigate a city when you are unable to see anything? In the game The Blind Experience you are solely dependent on your hearing. You will experience what more than 70,000 people in The Netherlands – and 40 million people worldwide – experience daily, in their homes, on the street, in their lives.

The aim of the game is to navigate through a virtual city, in search of the laboratory of Professor Pieter Roelfsema at the Netherlands Institute for Neuroscience. On your way, you will encounter many different obstacles.

You will also get to meet Hein Noortman, the businessman who lost his sight in a climbing accident and is determined to raise funding for the development of a visual prosthesis for restoration of vision in the blind. https://theblindexperience.org/ 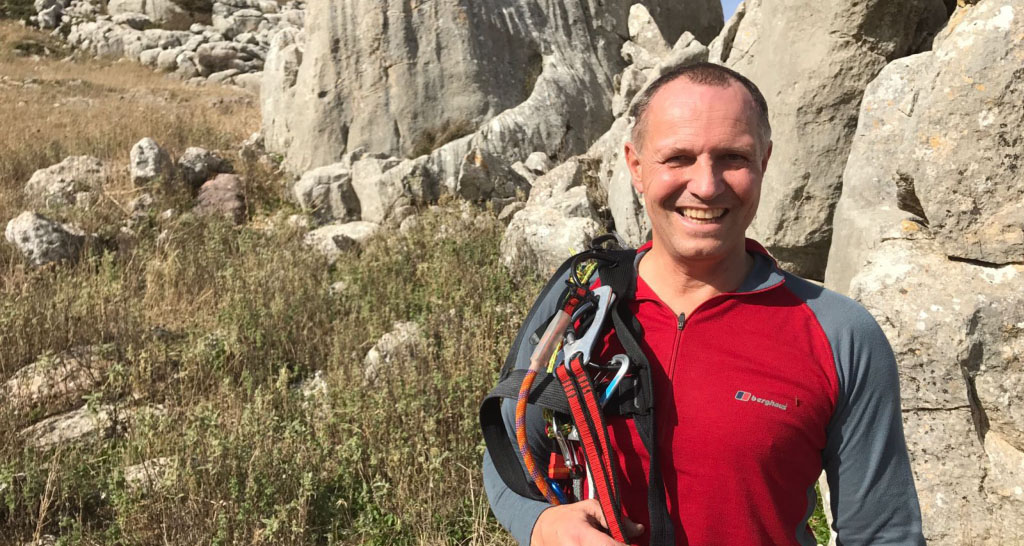 Donate and give sight to the blind

Hein Noortman knows what it is like not to be able to see. An experienced climber, he lost his sight due to a tragic climbing accident, when he fell from a height of 15 metres, breaking almost every bone in his body. Against all odds, he survived the fall. After spending five weeks in a coma, he finally awoke, unable to see anything.

But Hein refused to give up. He embarked on a journey to relearn everything, from swallowing, to walking, talking and moving. His body recovered, for the most part, except for his sight.

Giving blind people the opportunity to see again: that is the ambition of Professor Pieter Roelfsema and the team at the Netherlands Institute for Neuroscience. We are developing a brain implant in order to restore functional vision to blind people.

To facilitate this groundbreaking research, we need 6 million euros in funding. Will you help? Donate now and help give the blind their sight back!